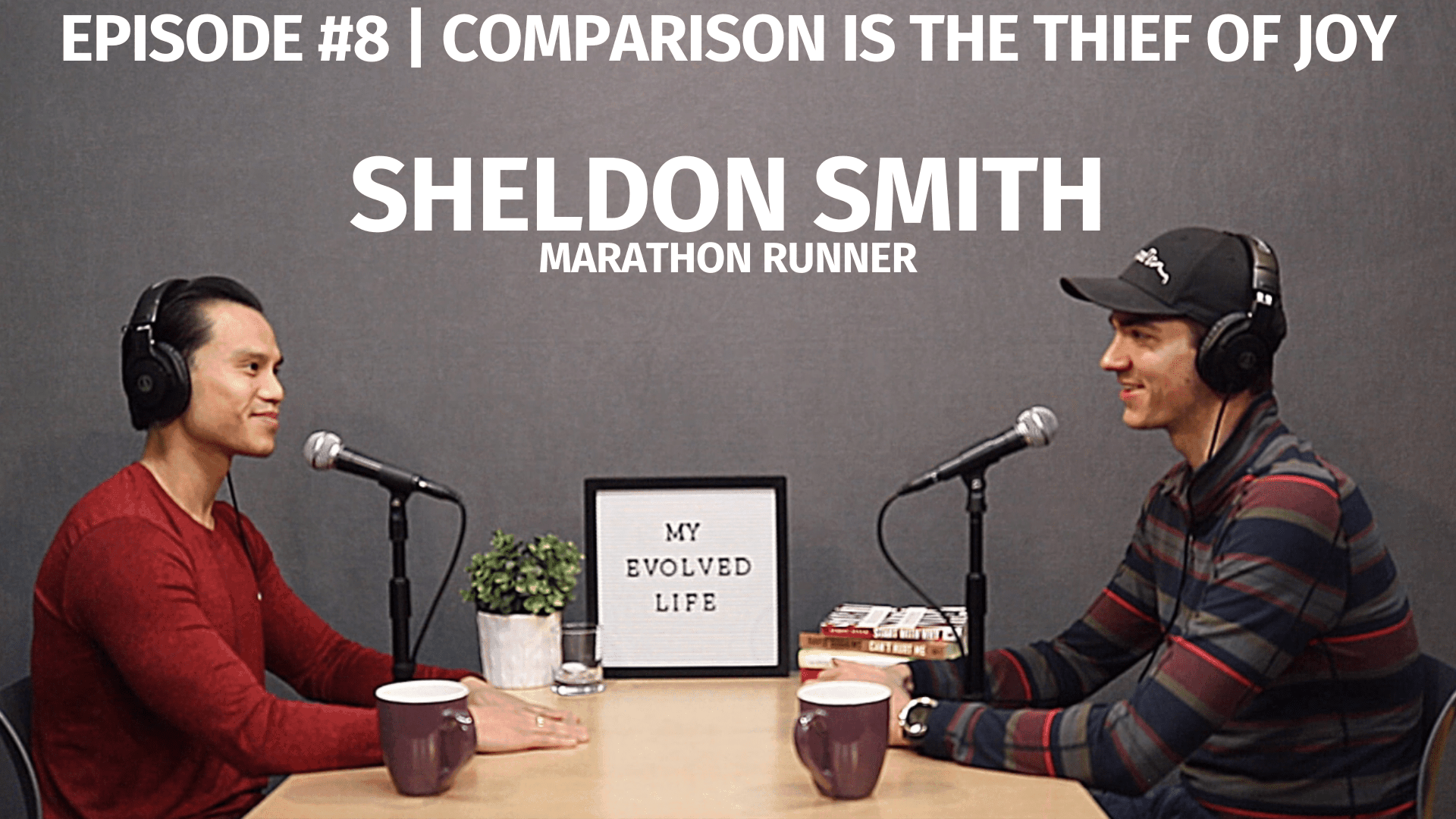 Comparison is the Thief of Joy

On this episode, I had a chat with Sheldon Smith, an ultra-marathon runner. We had an great conversation about his transformation and about how comparison is the thief of joy. 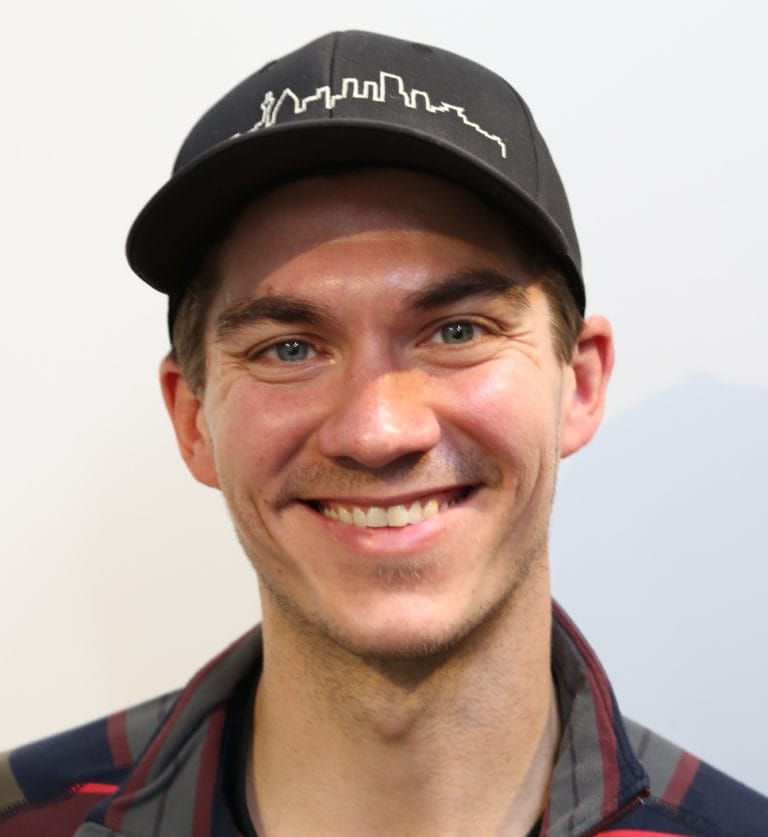 Sheldon overcame a very sedentary lifestyle when he found his love for running. And through this transformation, he lost over 70 pounds.

In his sedentary days, he was a heavy smoker and drinker and recreational drug user. And now, through a commitment and dedication to change, he's become a very accomplished marathon runner with achievements like a sub-40 10 km and 1:30 half.

Today, he strives to conquer ultra-marathons and unimaginable courses like Sinister 7.

As someone who has put thousands and thousands of kilometers on his legs, he is more than qualified to speak about how physical activity can benefit your life.

To view the full video, visit and subscribe to our YouTube Channel. Or, if you prefer to listen, you can find My Evolved Life on Apple Podcasts, Spotify, Stitcher, and other major platforms.

Comparison is the Thief of Joy | Question 1 - So physical aside, needless you've accomplished a lot in that regard. You've lost the 70 pounds, you've run marathons, you've run ultras, let's look at the mental side if you don't mind. Sheldon at 27, Sheldon at 33 what would be the biggest difference that you see or that you feel in terms of your mental health?

When I was younger, I had mental health struggles. Like, I feel like a lot of people when they're growing up, going through school, going through changing bodies, going different people in your life, I feel like a lot of people have different struggles no matter what and a lot of my early 20s, I never really paid much attention to it just because I worked so much. And it was just kind of something that I feel fell by the wayside and then as I was, like you know, from the person I was like a handful of years ago to today, like I've gone through things.

I moved apartments, I kind of like... I've lived like dark. And I'm just like, I think like the things that I've learned are just to try to, like you know, if I can just do something a little bit every single day that makes you feel good. Cause I firmly believe that self-care is something that you should practice every single day, whatever you get joy out of then you should do that. And yeah, it's just like, you know, cause I've been in spots where I've been suicidal and I've been really terrified for my life, like where I've been to the point I had to call a helpline. And I got kind of talked through things and from those moments where you started taking, you started paying more attention to yourself.

And just doing things that you can control like keeping hydrated, trying to get enough sleep, trying to get some fresh air every single day, even if it's 5-10 minutes. Just go for a little walk or something like that there. You know, because I know it's hard and not everybody has that ability and not everybody can just do that, and that's hard right? And so, you have to kind of do what works for you.

Comparison is the Thief of Joy | Question 2 - What is the one message, if you could roll that all up into one big message to others, what would that be?

Mental health is everyday. I know that there's Bell Let's Talk day and all these things. But it was a message that my friend Mike said to me... he said that mental health is every day. It's not just a one day a year thing that a bunch of money goes to. It's every single day and that's something that's always stuck with me. That it's no matter where you are in your day, you just take small reflections of yourself, you know, deep breaths, things like that.

It's every single day.

Comparison is the Thief of Joy | Question 3 - How can we make it more apparent that mental health is every day, what we do more to bring it to light?

That's a tough question because I find that a lot of people, they struggle to open up. They struggle to talk and that's just who those people are. For a long time, I've been and to this day I'm an introverted person. It took me a long time to open up, to feel like I could talk to people about this because, it's not that I didn't trust some people, it's just that I kept things to myself. So, I think the things you can do are just reaching out to people, always asking how they are.

You just kind of check in with people and yeah.

Comparison is the Thief of Joy | Question 4 - What if a person wanted to get into running and they have a limiting beliefs? What would you encourage them to do, what are your tips towards becoming a competent runner?

Yeah but like if, you know, two to four times a week. If you start it, like a couple kilometers and you just keep yourself building up, like on a week to week basis, you don't have to try and run a 10k. It's a daunting number and it's an accomplishment to run a 10 kilometer. So if you start out running a couple kilometers here and there, and then you build up these bases and you build up that, your body starts to be like "oh I can run these distances". And you just keep with it, then your body adapts. I think that's what's so cool about our bodies, is that they do adapt right?

My body adapted to eating horribly and smoking and drinking for years and then my body adapted now to the point where I only drink a couple times a year, obviously don't smoke anymore. And my body's adapted to the clean lifestyle that I live now, whether it's drinking a whole lot of water a day and my body tells me that I need to do that on a day-to-day basis. So our bodies adapt and then your bodies tell our brains what we want.

Comparison is the Thief of Joy | Question 5 - So how much would you attribute your success to preparation? Now that you have marathons under your belt, you've done ultras, what is your approach, like what does preparation look like for you?

Comparison is the Thief of Joy | Question 6 - I just want it the perspective of somebody who has run at this point thousands of miles thousands of kilometers through all sorts of terrain. It is commonly believed that running, running outside is bad for your joints, bad for your knees. How do your knees feel?

My knees are fine. I've never had any knee pains, not at all. Like in the last, I think in the last two, three years, the only pain I had was a small hip flexor pain, but it wasn't for very long. But other than that, I don't get knee pain. I don't subscribe to that it's bad for your knees

Have questions for Sheldon?  You can find him @sheldonmsmith on Instagram.

Suggest a Show Topic or Recommend a Guest